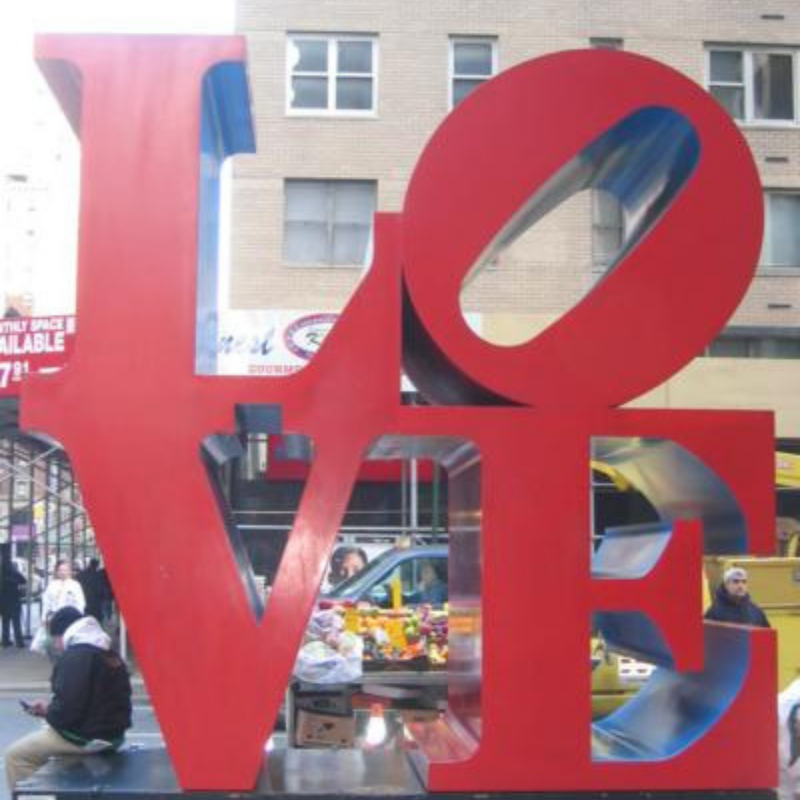 In New York, there is a piece of my heart.
It is in Harlem in that girl who was directing that gospel choir so well.
It is at 'Village Vanguard' where I listened - for two nights in a row - to Brad Meldhau playing with Jeff Ballard, the new entry for the trio, on drums.
In the Hayden Planetarium, it is in Robert Redford's voice that tells of the birth of the universe.
It's at Souen, a restaurant that I don't think exists anymore, vegetarian and macrobiotic on the 13th that made fantastic soups.
It is every Saturday at the Union Square bio market.
It is on the first floor of the Hotel Kitano,  where they play jazz and where the manager greeted me on the first evening that I went out alone in Manhattan. He would later become my sponsor and helped me get the VISA for extraordinary abilities the following year. That evening I listened to a drummer who years later would play with me, right on that same stage, to present the release of my CD.
My heart is when I won the Harlem Apollo Theater lottery two entrance tickets for the legendary Amateur Night.
It's in the Village, where I imagined Bob Dylan, Joni Mitchell, and Jimi Hendrix living.
My heart is in the mosaic 'Imagine' donated by Naples's city to New York and placed right in front of John Lennon's house in the Strawberry Fields of Central Park.
It's when I cried the whole Carnegie Hall concert, listening to Kurt Elling and thinking, "Tonight god is singing on this stage."
It is in a skyscraper almost at the top of Fifth Avenue, where on that evening, I first listened to 'Over the Rainbow' sung by Ray Charles. It is there, in that room full of CDs, films, and books that tasted of a Tuscan cigar in the morning, but I liked it because it reminded me of my grandfather Michelangelo.
It is in the sense of possibility that I felt, and therefore of expansion, that I breathed while walking through the city, looking up at the dizzying heights of those skyscrapers.
In the pragmatic and meritocratic logic, if you are good enough and have value, your talent and work find real recognition.
It is in the respect and love that New Yorkers have for music and musicians.
It is in all those who have given me advice, help, and information, pioneers with a big heart, and a spirit of adventure in their blood.
In this city, it emanates an energetic charge that gives you support, stimuli, and enthusiasm!
I LOVE NY!
To Christopher Columbus, the Italians resident in America.
'Scoffed at before,
During the voyage, menaced,
After it, chained,
As generous as oppressed,
To the world he gave a world.'
Inscription on the monument to Christopher Columbus, Columbus Circle, NY
'Whichever way you go, go with all your heart.'
Confucius
PRAYAN IN 'OVER THE RAINBOW' CONCERT WITH DADO MORONI, PAOLINO DALLA PORTA, ENZO ZIRILLI IN THE VIDEO ON THE SIDE
'Somewhere over the rainbow, way up high
There's a land that I've heard of once in a lullaby.
Somewhere over the rainbow, skies are blue
And the dreams that you dare to dream,
Really do come true.'
E.Y.Harburg
GO IN-DEPTH ABOUT THIS EPISODE HERE
READ THE NEXT EPISODE HERE
DO YOU HAVE A FRIEND WHO TRAVELS IN PAIN? SHARE USING THE BUTTONS BELOW, HERE