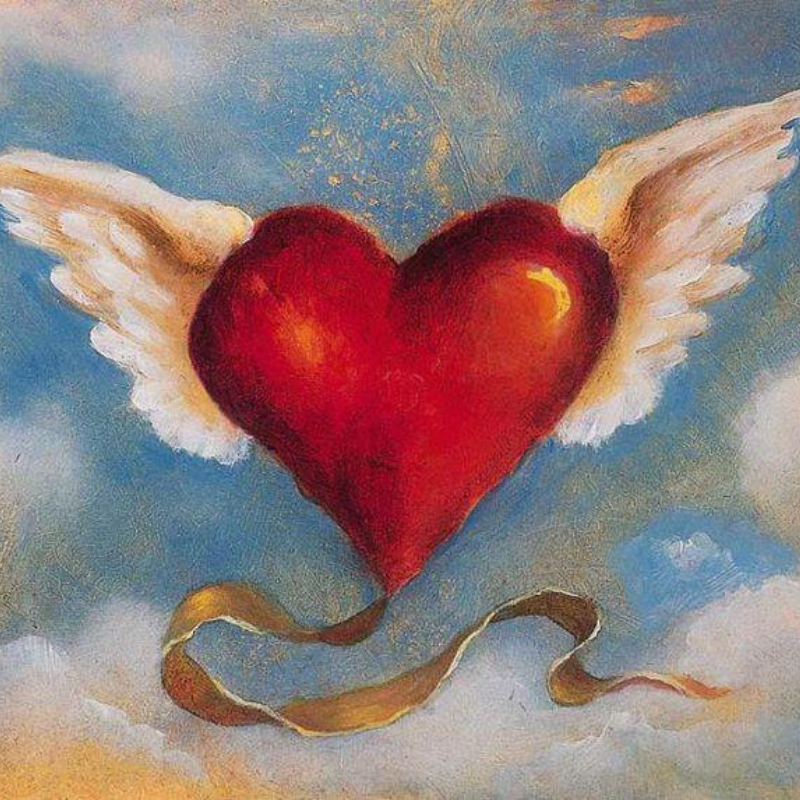 In the summer I went to the mountains with my parents. And it was the last. Back in Genoa, in September 1999, they diagnosed my mother with liver cancer. She would have six months left.
My emotion was that of a pissed off and incredulous little girl. I felt the world collapse on me. I was pissed off because my mom was going to abandon me. And I was incredulous because unexpectedly she had too little time left, and because it's never the time to lose a parent.
It was a little less shocking for my dad because, in '98, we knew he would still have two years to live.
2000 my brothers and I will never forget it. In January, an aunt left the body and one of my sister-in-law's mother; in February, our mom; in March, an uncle; our dad and my first love in May.
In November, my singing teacher, whom I had greeted at the beginning of summer. Luckily the last time I saw him, I surprised him by bringing him the print of his book translated by me into Italian. He had been ill with Parkinson's for a very long time, but he managed to live alone, teach, and keep up to date and youthful in mind and appearance. Over time I had the honor of gaining his confidence. He once told me that it took him an hour every morning to get ready, but he wanted to do it himself, to stay autonomous. And then he said to me, "Teaching is my whole life. It is also important to me to keep me alive." I learned many things from this wonderful, respectful, sensitive gentleman who, when I was wrong, never said 'No' but said 'Oui ....' and looked for a new way to make me do the exercise correctly. I learned so much from those silences and vocalizations that happened in a meditative state, and, when he left, he left a great void inside me. Even today, I keep my voice in shape with those old lessons that are invaluable to me. And it is also as if I had him a little bit next to me.
And I learned a lot from my mom. I spent the last night close to her,  filling her with kisses. Much she taught us all in the silent grace of how she left the body. She greeted everyone as if she were about to go on a long journey. Magically, we were all at home, by her, even all those who lived in different towns. She silently took my older brother by the hand as if to tell him that, from that moment on, it was he who would take on the responsibility of the family. And who knows what other things they 'said' each other... She then asked for my dad and spent a long time together, hand in hand, in silence. It was the first time that I understood how much silence can be rich in meaning.
After a few hours, my dear ex-sister-in-law Eleonora, who practices meditation, said to me: "Put a song with your voice, because she likes it so much ... So maybe she can leave ..."
She left the body on 'Time After Time,' a song whose refrain could not be more suitable even for a mother's words.
'If you're lost, you can look, and you will find me, time after time.'
Cindy Lauper
PRAYAN & ENRICO PINNA 'TIME AFTER TIME' HERE
An hour after my mother died, the heel of my left foot started to hurt. And this pain remained for many months, fortunately, alleviated and then eliminated by acupuncture.
Dad left three months later. He had been in a coma for 11 days at home. I telephoned a friend from Assisi - an ex-advertiser who had abandoned his career and his cool girlfriend to become a Benedictine monk - and I told him a little about my pain to see my dad like that. He told me to meditate next to him because stopping the mental and emotional activity would have helped my dad leave in peace. "Sometimes, they have a hard time breaking away because they are worried about leaving unfinished situations," he said.
I meditated close to him for most of the following day and, when I was not next to him, I sang in the distance with the Indian harmonium the songs I had learned in Assisi.
The next morning again. Dad left early in the afternoon.
I remember I cried a little, but almost immediately, I went to the kitchen to load the dishwasher and then went out to buy geraniums for the terrace of my new home. I was exhausted. I needed normalcy.
Assisting my parents had brought me into the dimension of service and the 'timeless' where many everyday things are not so important. You go straight to the essence of life, of the sick person and your own. And you are also in a state of solitude, which, if accepted, leads to your inner space. You live in essential dimensions of wisdom, sincerity, courage, acceptance, compassion, and, ultimately, peace. Death makes you who you are, without a mask, without apologies or defenses. And it makes you know eternity, the dimension of timelessness.
I don't remember much of the months that followed, but I remember the mega party I organized at the last moment for my 40 years.
This sentence came to me: "July 3 is my birthday. Either I let it go quietly, in mourning, or turn the page. After so much pain, now it's time to celebrate! ' This was a gesture that surprised me, too - an exorcism! With Enrico Pinna and all the musicians-friends, we sang and played until dawn.
U2 'I NEED YOUR LOVE' IN THE VIDEO ON THE SIDE
'When you learn how to suffer, you will suffer much less.'
Thich Nhat Hanh
GO IN-DEPTH ABOUT THIS EPISODE HERE
READ THE FOLLOWING EPISODE HERE
DO YOU HAVE A FRIEND WHO TRAVELS IN PAIN? SHARE USING THE BUTTONS BELOW, HERE