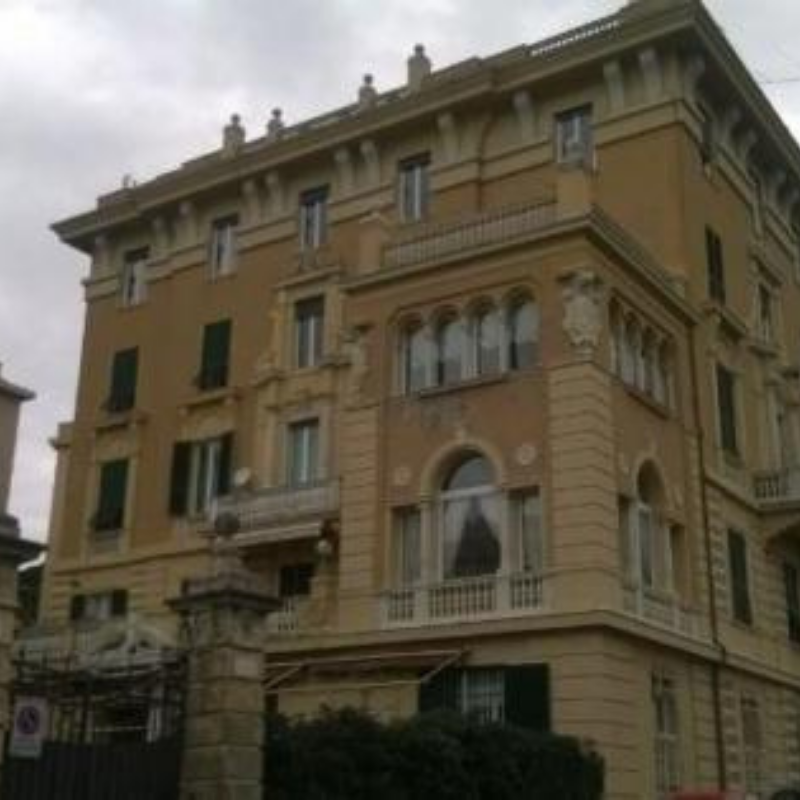 I fondly remember this Genoese period, even though at the time, it seemed very tiring, for the extraordinary intensity of that year, 1999.

Going back to my parents 'house pleased me because I could be close to my mom and dad, terminally ill, but it sometimes put a strain on my sense of freedom and my being a 39-year-old mature woman, certainly' of the world ' and with some experience.
In hindsight, I should have gone to live alone for my emotional health because that was a 'full immersion' in my childhood's primary conditioning. Identifying the sources of stress and finding the solution to eliminate them is an indispensable condition to achieve one's recovery.
At that time, I was not aware, and I had not yet done a job on my inner child, so I plunged back into the old film of insecurities, feeling inadequate, not understood, and not valued.
Despite this, I decided to stay. Two of my three brothers cared a lot about my dad, who needed to be accompanied often for treatment, analysis, chemotherapy. The other brother lived in Rome, and I saw him when he could. It has always been easy with him, perhaps because we two have both chosen unpredictable paths, or maybe simply because of the magical alchemy that happens between two people who understand each other on the fly and accept each other with affection. Despite the very different lifestyles, all four of us found ourselves, tied by concern for dad and mom, and involved in a sort of re-discovery of each other.
On the one hand, I suffered from my insecurities and my parents' health; on the other hand, I found my old friendships and started singing again! With Enrico Pinna, an outstanding guitarist, we created the duo 'The Soul,' who lived for some years. The idea was to propose songs that nobody would have dared to do for voice and guitar. The repertoire was 'soul.' Enrico was extraordinary in creativity, guitar technique, and sympathy. It was a fun challenge for me to work on my vocal presence and musicality. The harmony was such that we knew which song we would have liked to play later, without telling us while singing and playing in concert. And then we had a lot of laughs!
In hindsight, doing the most natural and simple thing for me in the world, singing and dedicating myself to that musical project with passion, was therapeutic. Being able to express me in that emotionally difficult period made the difference. Turning your emotions into something creative is an integral part of the cure. The applause and affection of the public, including adequate financial compensation, helped me keep my self-esteem high, remember who I was.
Enrico took me to sing in a place that remained in my heart: the Taverna del Falco of the Galbiati family. At that time, they offered excellent jazz, a good selection of wines, the legendary focaccias baked in a wood oven, grilled meats, Mum's Russian salad, and a lot of sympathies.
The new treatments also worked. The homeopathy associated with the diet immediately gave me a lot of energy.
The effects of acupuncture worked gradually, and slowly the pain disappeared, and the joints improved.

'I have only three things to teach: simplicity, patience, compassion. These are your three most valuable treasures.

Being pure in actions and thoughts, you return to the source of being.

Being patient with both friends and enemies, you settle with the sense of things.

Being compassionate to yourself reconcile all people in the world. '

PRAYAN & ENRICO PINNA 'MASTER BLASTER' IN THE VIDEO ON THE SIDE

'When you're moving in the positive

Your destination is the brightest star. '

GO IN-DEPTH ABOUT THIS EPISODE HERE

READ THE FOLLOWING EPISODE HERE
DO YOU HAVE A FRIEND WHO TRAVELS IN PAIN? SHARE USING THE BUTTONS BELOW, HERE!