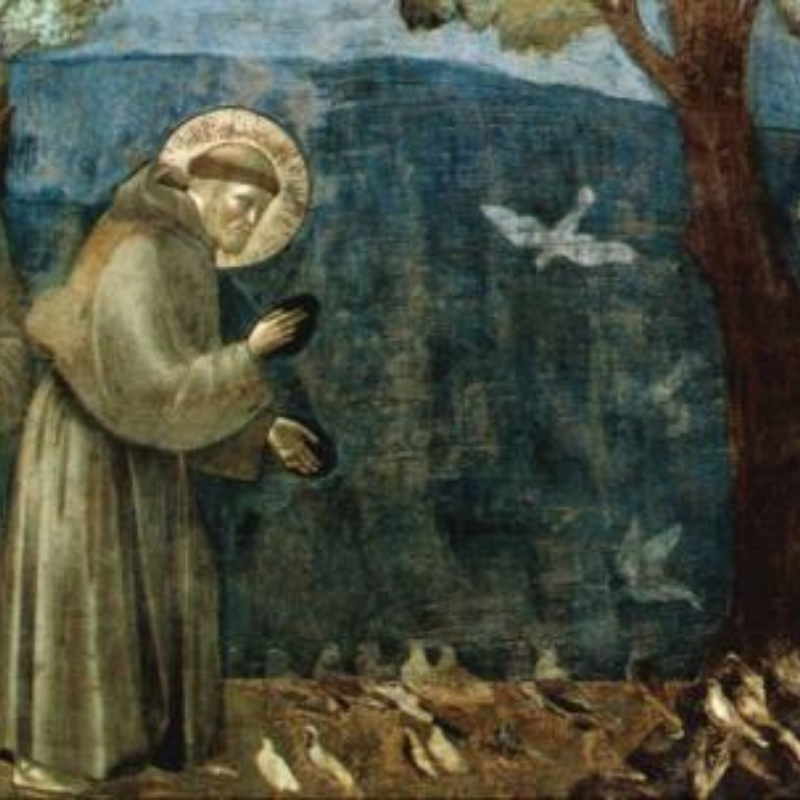 I'm usually not very good at remembering dates, but I remember this correctly! On November 21, 1998, I arrived at 'Ananda Assisi,' a community connected to the Indian guru Paramhansa Yogananda and his disciple Kriyananda. The intention was to stay there until December 21 to take a vacation and a pausing time in yoga, meditation, silence, and the beauty of Umbria, a region that I had never visited.
I had asked, during the booking phase, to participate in the life of the community. I had free access to the courses, but I was also free not to participate in any activities. So I could choose what to do in my days.
For breakfast and dinner, we ate in silence. It immediately seemed a little strange to me, but then I started to appreciate it a lot.
I attended several courses, learned Kriya Yoga, deepened my meditation, and started singing their devotional songs. My voice sounded different. It was spontaneous and pure. Before I left, I bought an Indian harmonium and, returning home, learned many songs. Kriyananda was also a composer and a good singer, as well as being a realized Master. One day I had the privilege of meeting him for a few minutes. I remember that I could not detach myself from him. There was an atmosphere of incredible love around his presence.
It was a creative phase, not only at the musical level. With my old camera, I started to photograph my favorite sacred places of Assisi and surroundings. I also looked at them from my photographic eye. I remember the happiness of feeling free, on vacation, engaged in a creative project with no outlet, if not the pleasure of photographing places that always seemed familiar to me. I used to visit San Francesco, whom I feel (and I sense!) very close. The first time I approached his grave, an uncontrollable cry came up. A woman next to me said: "'Cry! You cry! These are holy tears!"
In the place where he took the stigmata, I felt faint. The energy of that place is powerful. Winter and snow accentuated the atmosphere of austerity and ascetic withdrawal from the world.
The 12 stiletto heels and the palettes were far away! There, we used to wear boots with laces, woolen tights, and bulky turtleneck sweaters!  It was freezing, and there were snow and mud everywhere. I used to wake up at 5 in the morning. In Nice, I finished working at 4!
That 'radical' experience served me to 'get to the point' and stay focused on me. I felt a lot of love in the community and those sacred places. The Umbrian countryside, snow-covered and silent, gave off peace and invited me to be honest and sincere.
I decided to return to live in Genoa. I wanted to be with the family because my dad had become seriously ill in the meantime. The doctors had predicted two more years of life, and six months had already passed since that verdict. I also wanted to be close to my mom and change my lifestyle.
Already at the end of August, I had given my manager notice that I would finish working at the end of the year. To the Italians of Nice and François, I promised to sing at the New Year's Eve to end my French adventure in style.
New Year, New Life!
'Understanding other people is intelligence.
Understanding yourself is wisdom. '
Lao Tzu
PRAYAN IN THE VIDEO ON THE SIDE 'BROTHER SUN, SISTER MOON' from the CD 'O MAGNUM MYSTERIUM'
'Sweet is to feel
Like in my heart
Now humbly
Love is being born
Sweet is Understanding
That I am no longer alone
But that I am part of an immense life
How generous
It shines around me
Gift of Him
His immense love
He gave us Heaven
And the clear Stars
Brother Sole
And Sister Luna
Mother earth
With Fruits, Meadows, and Flowers
Fire, Wind
Air and pure water
Source of life
For your creatures
Gift of Him
Of his immense love.'
Jean Marie Benjamin
GO IN-DEPTH ABOUT THIS EPISODE HERE

DO YOU HAVE A FRIEND WHO TRAVELS IN PAIN? SHARE USING THE BUTTONS BELOW, HERE!