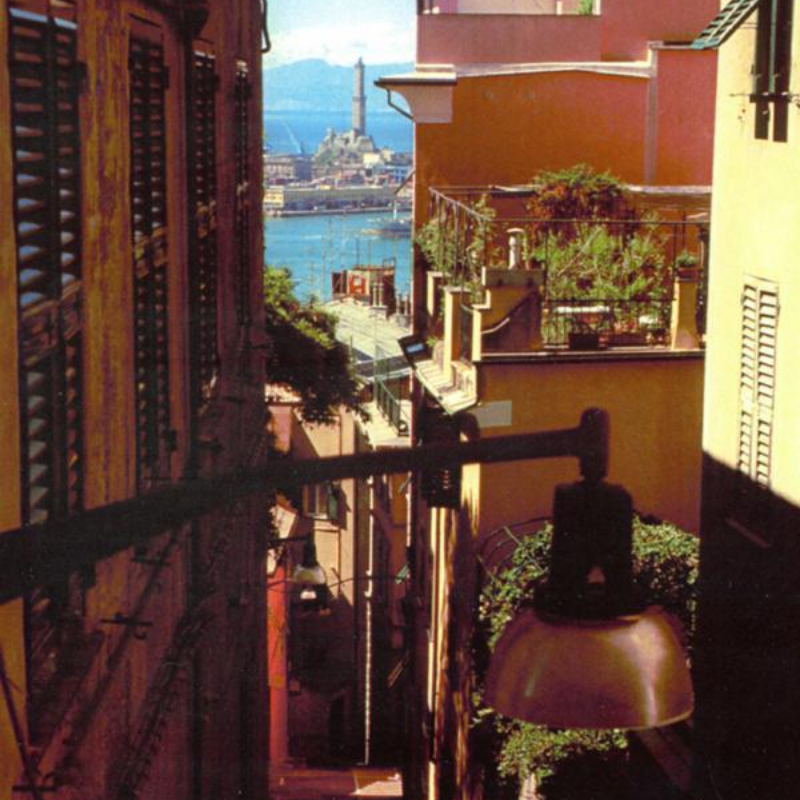 In the meantime, Pascal and I had started living together. I was on sick leave, even if the manager insisted that I went to work. I could never stand for 3 hours singing and moving with a smile on a 12 heel. I told him that if he had connected the cable of my microphone from the Casino Hotel's piano bar to my bedroom, I could have been able to sing! (I had learned to say no).
Since it was not clear what I had, I decided to do further investigations in Genoa. There I found my family, my home, my friends, and the chance to investigate why those pains persisted. In fact, despite taking the drugs prescribed by a rheumatologist also famous in the area, I was still suffering, and a lot.
Hospitalized in Genoa, for about a week, they did many and varied tests. Being in the hospital, I hadn't eaten much pasta, milk, and cheese. I was better, and I had physically deflated because I had avoided harmful food for me. And I had some confirmation of it later when I tested food intolerances.
I was fired with a diagnosis of 'fibromyalgia syndrome' and suggested an antidepressant and anxiolytic psychotherapy treatment.
I was back at the starting point again. On the one hand, raised and on the other very worried. I was losing faith in traditional medicine.
Luckily I had imagined a 'plan B' by contacting a person who practiced with remarkable results a type of alternative medicine in Genoa.
'Then when many roads open before you and you will not know which one to take, do not take one at random, but sit and wait. Breathe with the same confident depth with which you breathed the day you came into the world. Without being distracted by anything, remain, wait again, stand still in silence, and listen to your heart. And when he speaks to you, get up and go where he takes you, go where your heart takes you. " Susanna Tamaro
PAOLO CONTE 'GENOVA PER NOI' IN THE VIDEO ON THE SIDE
With that face a bit like that
That expression a bit like that
That we have before going to Genova
And every time we ask ourselves
If that place where we go
He does not swallow us, and we never come back.
Yet relatives we are a bit
Of those people who are there
Which like us is perhaps a little wild
But the fear that dark sea makes us
Which also moves at night
And it never stands still.
Genova for us
We're at the bottom of the countryside
And we have the sun in the square rarely
And the rest is rain that bathes us
Genova, I said, is an idea like any other.
But that looks a bit like that
That expression a bit like that
That we have
Like every time we smell it
And be wary we move
We feel a little stray.
Macaia, monkey of light and madness
Mist, fish, Africa, sleep, nausea, fantasy.
And meanwhile, in the shadow of their closets,
They keep linens and old lavenders.
Let us go back to our storms,
Genova, to all the same days.
In a motionless countryside
With the rain that bathes us
And red prawns are a dream
And the sun is a yellow flash at the parabrise.
With that face a bit like that
That expression a bit like that
That we have
While we watch Genova.
Paolo Conte
Photography by © Giorgio Bergami
GO IN-DEPTH BOUT THIS EPISODE HERE
READ THE FOLLOWING EPISODE HERE
DO YOU HAVE A FRIEND WHO JOURNEYS WITH PAIN? SHARE USING THE BUTTONS BELOW, HERE!